PM 2.5 and the Air Quality Index 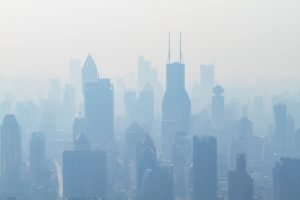 Many of Thailand’s regular winter visitors aren’t able to come this year, but air pollution is one winter regular that hasn’t been kept away.

Discussions about air pollution often refer to ‘Particulate Matter’ (usually as PM2.5 or PM10) and yet most news updates report something called the ‘Air Quality Index’ (AQI)? This can be a little confusing.

The Air Quality Index is a calculation that reflects the general air quality. Different countries and regions calculate the index in different ways, however, and as a result there is no international standard for AQI.

Sometimes the AQI score relates only to the amount of particulate matter in the air but in other cases it also takes into account the impact of ozone and polluting gases such as carbon monoxide, sulphur dioxide and nitrogen dioxide. So in most cases AQI gives a broader picture than PM2.5 alone.

The scale used to measure AQI also varies from one region to another. It always starts at zero but the upper limit may be 10, 100, 300 or 500. In all cases the best air quality is at low values and the worst air is at the largest numbers.

Particulate Matter (PM) means the tiny particles that are suspended in air. These particles are much too small to be seen by the human eye but when viewed layer upon layer their effect is noticeable as atmospheric haze.

PM2.5 particles can be especially dangerous. They are too small to be trapped by the hair-and-mucous defence system of our upper airways and instead they pass all the way down to the alveoli air sacs deep inside our lungs and cause damage there.

Their small size allows them to pass from the air sacs directly into the blood stream. In this way they cause damage to the heart and blood vessels as well as the lungs.

Worldwide exposure to PM2.5 is said to be a factor in several million deaths each year from heart disease, stroke, lung cancer, chronic lung disease and respiratory infections.

A note on pollens / allergies:

Most pollens are more than 10 microns in size and are not counted as particulate matter.

The smallest pollens are between 2.5 microns and 10 microns in size; they are included as part of the PM10 index.

No pollens are smaller than 2.5 microns and so the PM2.5 score includes no pollens.

Where does particle pollution come from?

Natural processes are major contributors to airborne particulate matter. Sea spray, releasing tiny salt crystals into the air, is the single biggest source of air particulates around the world. Forest fires, volcanoes and mineral dust from ‘sand spray’ are other natural contributors to PM2.5.

But most interest tends to focus on the human activities that add to PM2.5 levels in more populated areas. Agricultural burning, coal fires and coal power-stations, industrial plants and the fuels used by cars and trucks are common human contributions to PM2.5. Yet these sources may contribute as little as 10% of the total particulate matter in our air.

The world’s highest levels of particulate matter are found in the countries of North & Western Africa and the Middle East, where windblown mineral dust and coal or wood burning are the major contributors.

South Asia has the next highest levels of PM2.5 pollution, with Thailand having the seventh highest PM2.5 levels in the region.

The World Health Organisation recommends that in the short-term PM2.5 should be no higher than 25, and no more than 10 for long-term exposure. These levels are in micrograms per ml of air. However, current understanding is that the only truly safe level of PM2.5 is zero.

As stated earlier, government agencies more often use Air Quality Index scores rather than PM2.5 or PM10.  The Thai system of AQI gives a score between 0 and 500. Less than 50 means that the air is of high quality. Between 50 and 100 it is of medium quality and any score over 100 means that the air quality is bad enough for health effects to be likely. The upper limit of AQI in Thailand’s system is 500.

How can I reduce my exposure on high-risk days?

Everyone is susceptible to the health effects of PM2.5 but those with pre-existing heart and lung conditions are the most vulnerable. Reducing personal exposure to air pollution can be life-saving for these people.

One widely given recommendation is to avoid vigorous exercise outside when PM2.5 levels are high. It is also common advice to stay inside and close all windows and doors when air pollution is high. Research studies give conflicting results on this, however, with some being supportive and others not.

The use of air purifiers has been shown to reduce indoor levels of PM2.5. A recent study in China demonstrated a reduction of more than 50% in PM2.5 levels when using a standard commercial air purifying machine in the house.

It is less certain that wearing a face mask is helpful. The holes in single layer cloth masks are many times larger than PM and gaseous particles. Multi-layered face masks may be better filters but the best results are with N-95 type masks. These masks have holes no larger than 0.3 microns in diameter.

The biggest problem with this type of face mask is air leakage around the sides. Every face has a unique shape and contour and even if a mask fits well at first, it usually leaks when the wearer talks or goes about regular activities. This means that even high-quality face masks that are effective under laboratory conditions have only partial benefit in real-life use.

A note on face masks:

Aromatic compounds that we can smell are about 0.3 nm in size (or 300 times smaller than coronavirus).

Airborne viruses are mostly present within much larger water droplets rather than floating around as dry single particles.

Air Quality Index is a measure of air pollution and is calculated in many different ways. The actual values are not comparable between countries. The air quality index includes pollution from ‘PM2.5’ particles and often other factors too.

Air purifiers seem to be helpful but the amount of protection from face masks is uncertain.