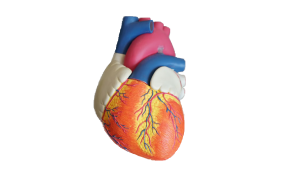 A very important part of treatment for heart failure is lifestyle and exercise programs. I intend to make an article about that later. For now let’s look at mechanical solutions, starting with a chronological list of the developments.

It started in the fifties going into the roaring sixties and so on til now. So remember, when most of you and I were born not a single one of these solutions was available.

The first pacemaker implantation was performed in Sweden by Dr. Senning and Dr. Almquist. Their patient got about 20 re-implants because the nickle-cadmium batteries  didn’t work longer than 3-6 months. Later, the lithium batteries came with a lifespan of 4-12 years. The patient who got all those pacemakers was asked many times to do his next pacemaker with an American firm. All the time he refused but finally he accepted – for 1 million dollars. The Swedish firm was not happy at all!

In 1960 Dr. Goetz did the first  coronary artery bypass graft operation (CABG). This operation is not specific for heart failure patients, but can improve the ejection fraction of the heart (how good or bad it pumps) and may postpone the development of heart failure.

The first mechanical valve replacement was done by Dr. Star and Dr. Edwards. The famous Star-Edwards ball cage valve. Inside the cage was a small ball. When the heart contracts and pumps the blood into the aorta, the ball is pushed to the top of the cage and the blood can pass by. When the heart relaxes the ball goes down in the cage and blocks blood from flowing back into the heart from the aorta. This was a very clever solution with two big problems: clotting and brake down of the red blood cells, because with every heart beat red blood cells are crushed between the ball and the cage structure.

These days we use artificial valves made of bovine or human pericardium (pericardium is the tissue layer around the heart.) We can grow and harvest this tissue artificially outside the body.

Replacement of the aortic valve and/or the mitral valve avoids patients dying suddenly from conditions such as aortic stenosis (where the valve can’t open because it has become too stiff from calcification) and from severe heart-failure due to massive leaking of the aortic or mitral valves.

Today we are able to replace an aortic valve or do a mitral valve repair without needing open-heart surgery by using a catheter guided technique starting from the main artery in the leg. This makes it now possible to help very ill patients that would not be able to tolerate a big operation.

Dr. Barnard did the first heart transplant in Het Grote Schuurziekenhuis (Grote Schuur means ‘big barn’) in Cape Town, South Africa in 1967. All the leading doctors in the world were convinced it could not be done but he did it and the patient survived for a very long time without any heart failure.

Although heart transplantation is a successful solution it is limited by a chronic shortness of donor hearts. That’s why the LVAD (left ventricular assist device) was developed. See below for more on this.

In 1980, after years of hard work, Mr. Mirowski and surgeon Myron Weisfeldt implanted the first ICD (implantable cardioverter-defibrillator). This is a device that auto-detects when a person develops a sudden and lethal cardiac rhythm disturbance, and then auto-delivers an electric shock to the heart to ‘straighten it out’. This happens so quickly that the device usually shocks the heart back into normal before the patient is even aware that there is a problem.

Survivors of sudden cardiac arrest were the first candidates for these devices together with patients who were found to have life-threatening rhythm disturbances.

Survival studies of patients with heart failure with a low ejection fraction (35% or less) showed that 50% of them died within 1 year, mostly as a result of sudden cardiac arrest. These patients need an ICD as well, for prevention. Worldwide, this group is so large that it is impossible to give an ICD to everyone that needs one. The first ICD’s cost about 80,000 Euros. In 2020, you can get an ICD for prevention that is more simple – a one-chamber, one-lead system – and costs only about 1,500 Euros.

In 1990, the first CRT (chronic resynchronisation therapy) device was implanted. I will try to explain this type of pacemaker to you as it is designed for a special group of heart failure patients.

Each heart beat begins in a small area in the upper right side of the heart (the right atrium) where a group of heart cells initiate an electrical impulse about 60-80 times per minute. The discharged electrical pulse travels through the muscle of the atria and makes them contract.

Then the pulse arrives at a point between the two atria and the two ventricle chambers of the heart. After a short delay, the electrical wave then passes into both ventricles via two separate routes (known as ‘bundles’), one to the right ventricle and one to the left ventricle. Both ventricles contract at almost exactly the same time.

Many patients with severe heart failure have a block in the right bundle or the left bundle. This causes a big difference in the timing of activation of the ventricles. When the ventricles don’t contract simultaneous anymore the heart doesn’t work efficiently. So the failing heart deteriorates and the patient get worse.

A CRT pacemaker has 3 leads to the heart. Those 3 leads conduct pacemaker pulses directly to the atrium and ventricles, ensuring that both ventricles contract at the same time, bypassing any blocks in the patient’s own conduction pathways. This results in a tremendous positive effect on the pump function of the heart and the patient improves.

Many heart failure patient have a combined CRT and Defibrillator pacemaker, the CRT-D.

The first mechanical LVAD (left ventricular assist device) operation in Europe was done in Utrecht 1993, Academic hospital, about 3 kilometres from the private hospital that I worked in. Previously, attempts had been made to assist a failing heart by wrapping the heart in a muscle from the body. This was not very successful.

The mechanical Left Ventricle Assist Device takes blood directly out of the heart’s left ventricle, passes it through a mechanical pump placed inside the body before returning the blood to the aorta, the large artery that leads away from the heart. In effect, LVAD is like a mechanical heart transplant.

Since 2015, it has been used as a destination therapy, meaning that it can be a long term treatment by itself. Patients can survive many years with the new LVAD’s. Initially, the batteries for these devices were outside the body and large, making LVAD patient’s look like backpackers! The batteries are much smaller now and can even be implanted in the body.

This article was not easy to read. So if you have questions don’t hesitate to mail or call Bewell Medical Center.