The Be Well MC’s Advisory Committee’s role is to advise our center on medical and organizational matters. The Committee consists of medical professionals who have retired from practicing but are sharing their experience with our Thai medical team. They will not practise at our center. 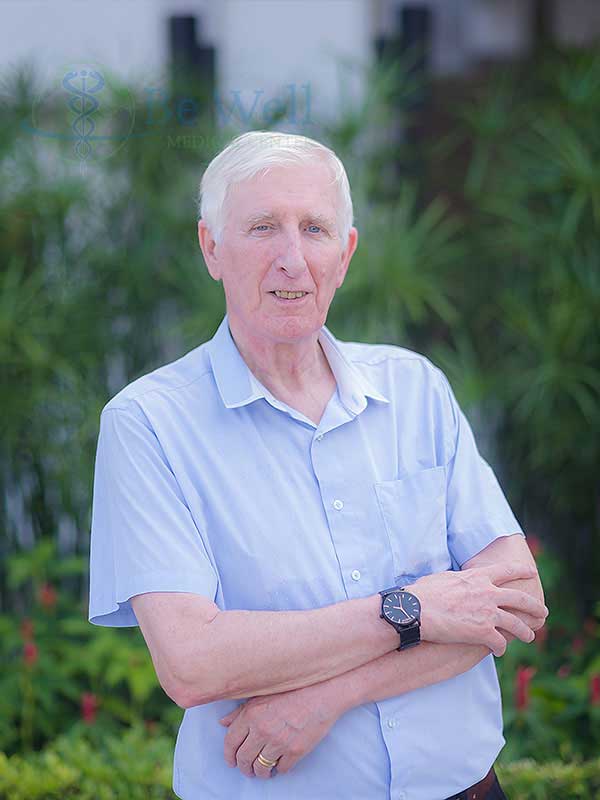 
Dr van Zoelen completed his medical studies at the University of Utrecht, the Netherlands where he specialized in Family Medicine. After working as a GP in the Internal Diseases and ER departments of a private hospital for one year, he decided to specialize in Cardiology at The Anthonius Hospital in Utrecht. After becoming a licensed cardiologist Dr van Zoelen worked 30 years in the private hospital, “Het Diakonessenhuis” in Utrecht where he obtained in-depth experience a/o in bradycardia rythm disturbances, implanting over 400 DDD pacemakers. Dr van Zoelen also performed over 1000 coronary artery angiograms.
Dr Van Zoelen now resides in Hua Hin and advises the Be Well medical team on cardiovascular aspects. 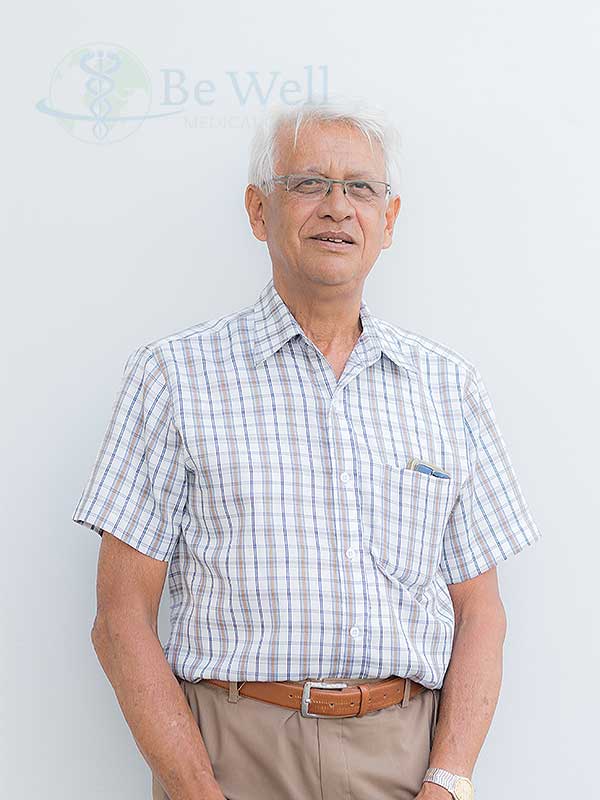 Dr Smit studied medicine at the University of Utrecht where he specialized in family medicine. In 1976 he established his own family doctor practice near Rotterdam, the Netherlands, until his retirement. From 1981 to 1992 Dr Smit was teaching medical students at the Erasmus University in Rotterdam in family medicine . From 1992 till 2006 he was training medical graduates from the same university to specialize as general practitioner. Dr Smit was Chairman of the Association of Family Doctors in his region for a period of 6 years. After retirement Dr Smit and his wife decided to relocate to Hua Hin where they spend most of the year.
Dr Smit will advise the Be Well medical team on medical & social aspects of family health care. 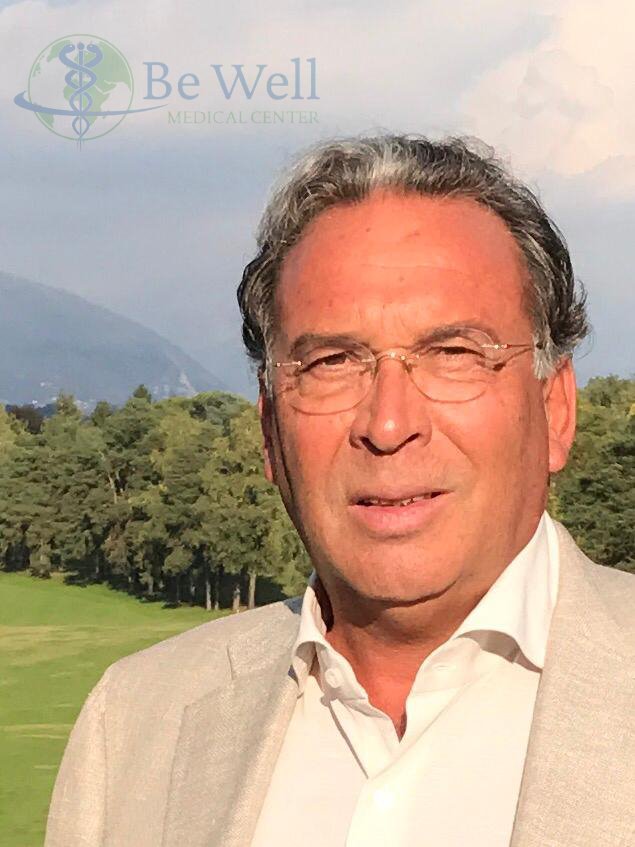 Dr. Dunki Jacobs studied Medicine at the Amsterdam Free University (VU) and completed his surgical training also in Amsterdam. In Hannover Germany he attended his AO Trauma fellowship. He was General Surgeon in Haarlem and Trauma-surgeon at VUMC Amsterdam Trauma Center.

Dr Dunki Jacobs performed basic oncological research at the Netherlands Cancer Institute (NKI) and the Antoni van Leeuwenhoek Hospital Amsterdam, He defended his PhD thesis at the university of Amsterdam (UvA). The last 23 years of his surgical career Dr Dunki Jacobs spent working as surgeon consultant in The Alkmaar Teaching Hospital and Trauma Center, as Lung and Trauma-surgeon.

Throughout his career Dr Dunki Jacobs was lecturer and board member of the international teaching platform AIOD & Osteosynthesis and Trauma Care (OTC). Dr Dunki Jacobs is post doc certified governor / trustee (Erasmus University Rotterdam) and he ended his medical career as a Consultant Quality of Care and Innovation for the Dutch healthcare insurance company; ZilverenKruis Achmea.

Dr Dunki Jacobs has seen healthcare from different inside perspectives as well as from a patient’s point of view. Peter and his spouse Louise reside in Thailand during European winter months. 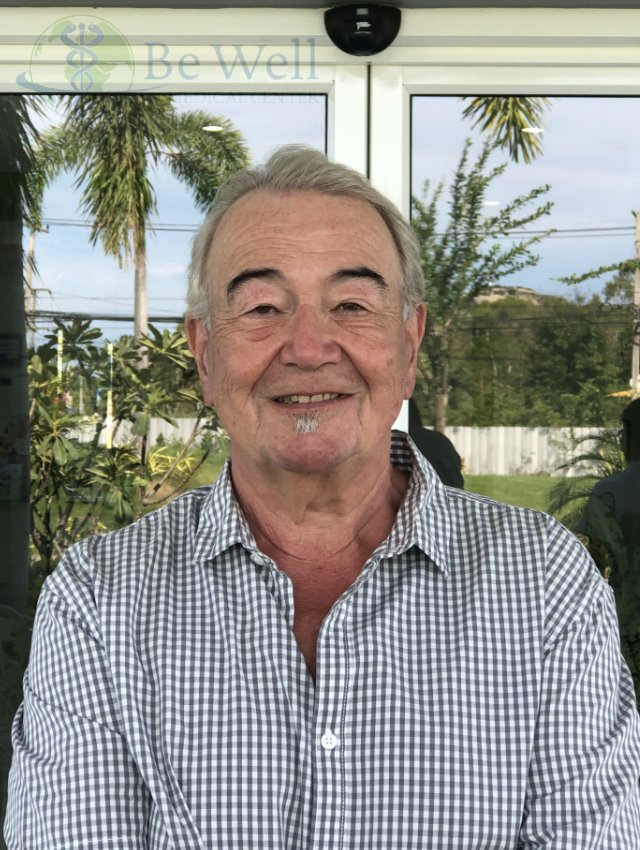 Dr. Maskos studied medicine in Germany at the universities of Ulm and Tübingen. After completing his studies, he undertook further training to specialize in anesthesiology at the Army Hospital in Kiel (1980-1982), the University of Lübeck (1982-1985) and the University of Mainz (1985-1986).

From 1987-1992, Dr. Masko worked as a specialist in anesthesiology in Bremerhaven, Germany with a focus on anesthesia and surgical intensive care medicine, followed by outpatient anesthesiological activity from 1992-2009 in the doctor’s office for anesthesiology and pain therapy of a surgical day clinic in Freiburg im Breisgau.

Since 2010, he spends most of the year as a private / retired person in Hua Hin, Thailand.

In addition to a medical translation service for only German-speaking patients, Dr. Maskos will advise the Be Well Medical Center on anaesthesiological as well as acute pain therapy issues. 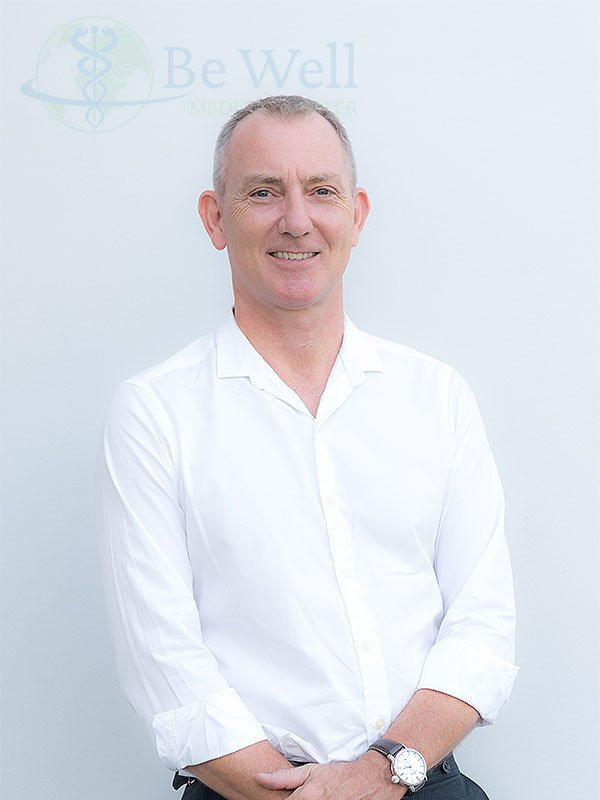 Dr. Taylor was educated at Sheffield University Medical School in the UK. After graduating in 1989 he went on to qualify as a General Practitioner, before spending nine years working and teaching in Emergency and Trauma Medicine in the UK. Looking to combine both emergency medicine and general practice, he took a posting as doctor on a cruise ship – a six-month appointment that turned into 15 years. Dr Taylor retired from clinical practice in 2018 and now lives in Hua Hin.

Be Well MC has been established to bring the concept of primary medical care to Thailand.